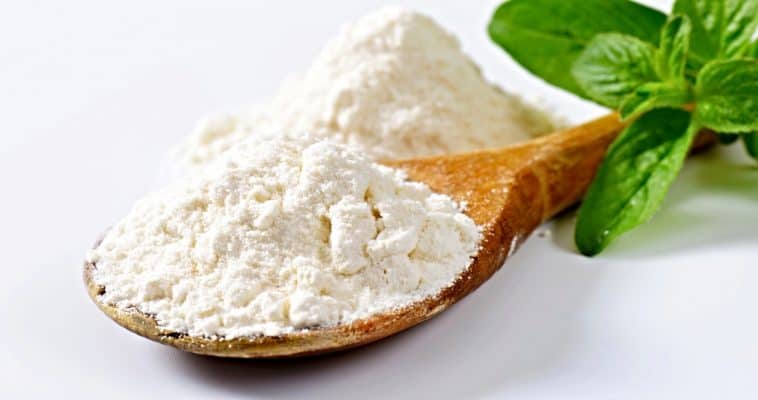 Agar agar is a popular vegan gelatin replacement, but if you are all out of agar agar and need it for a recipe don’t give up! There are some great agar agar substitutes you can use no matter what you are making.

So what are the best agar agar substitutes?

But which one do you use and how much is needed to replace agar agar?

Don’t worry, we have you covered below.

Agar agar is produced from red algae, and is the most popular vegan gelatin replacement for all types of dishes.

Agar provides a base for traditional gelatin recipes without needing to use regular gelatin. Below you will find vegan alternatives for agar agar and how to use them.

Produced from the Arrowroot tuber, the starch of this agar agar substitute makes it a great option for all types of recipes.

It is gluten free as well as paleo friendly. The subtle flavor pairs well will everything from gravy to desserts.

This popular kitchen staple is an excellent substitute for agar agar. It is gluten free and versatile enough to work in any recipe that calls for agar agar.

Cornstarch is produced from corn and it is readily available in almost all grocery stores.

Cassava flour has grown in popularity in recent years, and is now more widely available. It is produced from the cassava plant, and is used in many gluten free recipes.

Cassava flour is much like arrowroot, and in turn also works well as an all-around agar agar flake or powder substitute. I have found that it works best in gravies and baked recipes though.

Xanthan gum is a well used gluten free substitute for agar agar. Unlike the other substitutes on this list, xanthan gum is produced from fermented sugar.

This alternative is best suited for thickening and stabilizing recipes. It will not provide the same firmness as the other options, but if you need a gluten thickening agent to replace agar agar this is a great option.

This is another solid all around substitute for agar agar powder and flakes. Tapioca flour, sometimes found as tapioca starch, works in all types of recipes.

You will find tapioca flour performs similar to cassava and arrowroot. And you will use it much the same as well.

Can you replace agar agar with gelatin?

Yes, you can use gelatin in place of agar agar in most recipes. But keep in mind that gelatin is not vegan, so if that is a requirement then use one of the other substitutions found above.

Can you substitute guar gum for agar agar?

Yes, guar gum can be used instead of agar agar in many recipes. Guar gum is gluten free and vegan friendly. It is most popularly used as a flour substitute but when using agar agar as a thickening agent, guar gum works well in it’s place.

The best substitute for agar agar when making vegan cheese is Kapa carrageenan. Use a 1:1 ratio when replacing agar agar.

You can also use cornstarch or arrowroot powder if you do not have Kapa carrageenan. 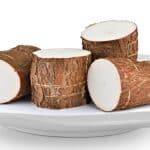