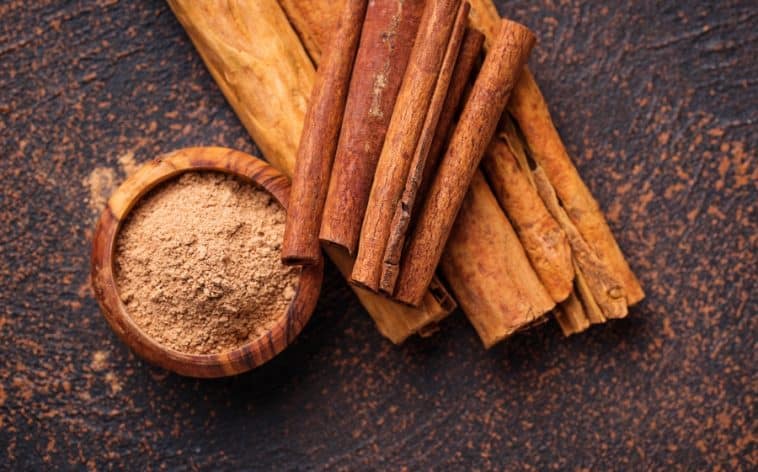 I can’t tell you how many times I’ve forgotten I was out of cinnamon while already in the middle of making a recipe that requires it! I’ve even been to the store to pick some up only to find the cinnamon slot in the spice section empty,

If you’ve found yourself in one of these situations no fear! I’ve got you covered with the best substitutes for cinnamon no matter what type of dish or beverage you’re making.

These alternatives are also great for those who just aren’t fans of cinnamon and want a change of pace.

The best part is that most of these substitutes for cinnamon can be found in your pantry or the store lickety split!

What are the best cinnamon substitutes?

Which one you use will depend on exactly what type of dish you are making. The specific substitute depends on whether you are making a sweet or savory dish.

So read on for the top cinnamon substitutes and how and when to use them!

Aside from coffee, cinnamon is number one in the pantry and probably always will be. Cinnamon has that warm, spicy taste that we crave. Some people actually describe it as smelling like candy.

At one point the most desired commodity in the world, cinnamon is harvested through a process called striping, where the bark of the tree is removed and left to dry. Once dried, it is then rolled.

Today, cinnamon comes from several different countries such as China, Ceylon, Mexico and Indonesia. Cinnamon can be purchased either as whole sticks or ground into a powder.

The different types of cinnamon used by cooks are Ceylon and cassia. Ceylon is a lighter color and milder in taste while cassia is darker and a bit stronger in taste. Both are sold as whole sticks or ground into powder.

A little bit of history on cinnamon: The ancient Egyptians used cinnamon all the way back to 1550 B.C. It was used by the Chinese back to 200 AD.

What Is Cinnamon Used For?

Cinnamon is a well-rounded spice. It can be used in breads, fruit dishes, pastries, cookies, cakes, pies vegetables and even in your beverages like coffee or tea!

It really does make everything taste better from apples to zucchini! It complements baked goods well without overpowering them. You will find it in all types of desserts like brownies and cinnamon rolls.

Types Of Sweet Recipes That Use Cinnamon

Cinnamon is a key ingredient in baking. It’s used to make delicious treats as well as holiday favorites!

Here are some popular examples of cinnamon sweets

Cinnamon bun muffins: As the name suggests, these muffins are full of cinnamon flavor and topped with even more. I make these for breakfast with my coffee every morning and they never disappoint.

Brownies: Brownies are one of the most popular desserts. This is an easy recipe to follow and is very tasty!

Savory Dishes Made With Cinnamon

Cinnamon is also used in savory dishes. Here are some dishes that use cinnamon:

Chicken with cinnamon: I make this all the time and it’s always a hit!

Cinnamon pork chops: My husband loves when we have these pork chops for dinner. He says he could eat them every night!

Spicy cinnamon beef: If you’re looking for a new way to cook beef, give this one a try.

Drinks Made With Cinnamon

Cinnamon isn’t just for cooking. Cinnamon is also a popular addition to many drinks. Here are some of them:

Hot chocolate: There are many ways to make hot chocolate but this one is by far my favorite!

Cinnamon coffee: I’m a huge fan of coffee and when you add cinnamon to it it’s amazing!

Tea: My favorite tea is chai tea, and while I usually drink it plain I have tried it with a bit of cinnamon added in too.

Cinnamon Substitutes and Alternatives and How To Use Them

Cinnamon is a very popular spice and because of this it’s easy to find many substitutes for it.

If you can’t find any of the substitutes that I mention here, there are also many specialty grocery stores that carry some of these alternatives.

Here are the cinnamon substitutes and cinnamon alternatives that I recommend:

These slices of dried flower buds have a strong spicy smell similar to the taste of cinnamon. There are large cloves as well as small ones.

This is actually a dried chile also known as pimento. It can be used as a substitute for cinnamon, though it has more of a citrusy flavor than cinnamon does. You can get pimento from an international foods aisle. It’s usually sold whole and you will need to store your allspice in an air-tight jar.

This is the most common alternative to cinnamon. It can be used in cakes and pies and even vegetables! If you use it a lot, go for the whole nutmeg instead of ground to make sure that it’s fresh.

Clove sugar is made with sugar and cloves. To make it, you add two to three cloves to raw or brown sugar. Use this to sweeten tea and coffee.

Cassia is sometimes called Chinese cinnamon and it looks different than cinnamon. It’s usually sold in stick form and has a very strong, spicy flavor.

Cardamom is an alternative to cinnamon. It’s best when used in blends like cardamom coffee or in curries and rice dishes.

Cinnamon extract is a good substitute for cinnamon. It’s very concentrated and has about the same level of flavor as ground cinnamon. If you’re going to add it to baked goods, make sure that you use it sparingly as it can overpower some recipes.

Cinnamon sugar is a combination of cinnamon and sugar and can be used in many ways including cereal, oatmeal, and hot chocolate! Add one teaspoon of each ingredient to your favorite food item for a new twist.

Yes, you can use cinnamon sticks when you’re out of ground cinnamon. However, there are a few differences. When using cinnamon sticks for cooking or baking you need to remove the peel first and then slice and grind the cinnamon stick to make it into powder form.

To do this, just use a sharp knife to remove the outer, harder cover of the stick. Then slice it in half and cut it into smaller pieces. Grind it up with a mortar and pestle until a fine powder forms. You may need to grind it several times if you have a large amount of cinnamon sticks that need to be ground.

If you don’t have or don’t want to use cinnamon in a recipe there is no need to worry. There are many great substitutes and alternatives for cinnamon. Use any of the ones above and you are sure to make a great dish! 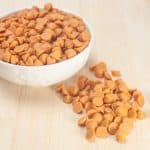 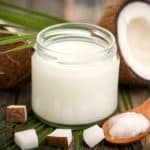