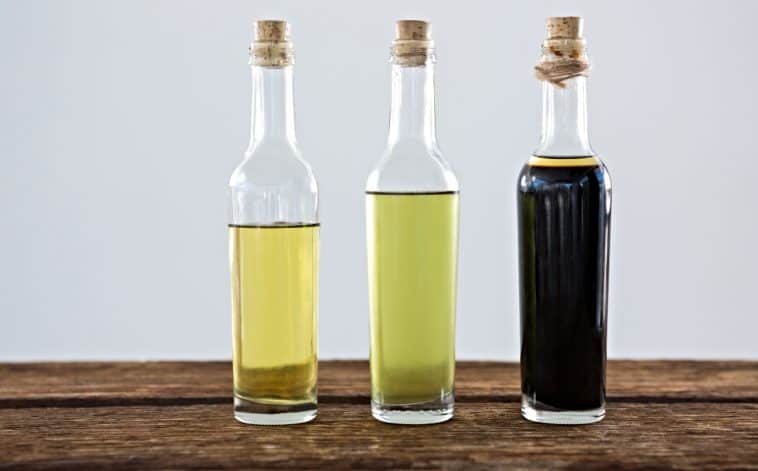 Coconut vinegar has exploded in popularity in recent years and can be found in all types of recipes.

If you are out of coconut vinegar and need it for your recipe, don’t give up just yet. There are a handful of common substitutes you can use to complete your next dish.

While coconut vinegar is cropping up in more and more types of cuisine, it is traditionally used in South and Southeast Asian cooking and used for everything from making pickles, to marinades for meat and fish.

So what are the best substitutes for coconut vinegar?

Read on for more on each of these alternatives and how to best use them to create a similar outcome to using coconut vinegar.

Coconut vinegar is produced by fermenting the sap of the coconut flour palm. It offers a milder flavor than most common vinegars and hints of sweetness can be found.

This ancient vinegar is used in curry, pickling, and pairs amazingly well with seafood, salmon in particular.

Champagne vinegar is produced from pinot noir and Chardonnay grapes. It offers a mild flavor with distinct floral notes that make it an excellent substitute for coconut vinegar.

Traditionally, champagne vinegar is used in marinades, tossed on fresh vegetables, and making dressing and confit.

It is a versatile and aromatic vinegar that will work perfectly in any recipe that calls for coconut vinegar.

This common type of vinegar is likely already in your pantry and it is readily available at most grocery stores. It is also quite affordable.

But, it is not the best substitute for coconut vinegar as it’s flavor is much stronger and may be too strong for many recipes. White vinegar is distilled with ethyl alcohol, and that flavor can be found when cooking with it.

White vinegar makes the list not because it is most similar to coconut vinegar but because it is the most commonly found type of vinegar. So only use this alternative if no other options are on hand.

This popular style of vinegar is popular for many uses and is readily available at most supermarkets.

Produced by fermenting apples, this vinegar offers a robust flavor, but much less harsh than white vinegar.

Apple cider vinegar is commonly used in everything from making pickles to curry and chutney. It can be used in almost any recipe that calls for coconut vinegar.

There are two primary types of balsamic vinegar, and either can be used in place of coconut vinegar in most recipes.

The low cost varaity found in most grocery stores is not pure balsamic vinegar. Most of the time it has white vinegar added to it, in order to lower the cost. Authentic balsamic vinegar is much more expensive and usually only carried in specialty shops in the US.

The light and fruity flavor allows this type of vinegar to be used in all types of cooking, and it is an excellent replacement for coconut vinegar.

Like coconut vinegar, rice vinegar is a common ingredient in Asian cuisine. It is produced from rice, and can also be found named rice wine vinegar in some locations.

This vinegar is particularly well suited for stir fry dishes as well as sauces and curries.

It offers a flavor level similar to coconut vinegar making it a 1:1 substitution.

Malt vinegar isn’t just a delicious topper for French fries, it also makes a great substitute for coconut vinegar in all types of dishes.

You will also find it to be a great option when making chutney or even when pickling. I always keep a bottle of malt vinegar on hand, it’s that good.

So what do you do when you don’t have any other vinegar on hand? There are still a couple options that you can use to save your recipe.

The acidity is a large reason for using vinegar in any recipe and there are other ways to add that important aspect even without vinegar.

Lemon juice is found in most kitchens and it can be used instead of vinegar in all sorts of recipes.

Keep in mind that lemon juice does not have the same level of flavor so the using the right ratio is important.

And now one final option in case all else is not available. When cooking a recipe that calls for coconut vinegar to be splashed on at the end, wine can be used in it’s place,

You can used any type of wine, but reds work the best with dishes that call for coconut vinegar.

Wine will add complexity to your flavors and is always a winner in my book.

Is white vinegar and coconut vinegar the same?

Are coconut aminos and coconut vinegar the same?

Yes, coconut vinegar and coconut aminos are different names for the same product produced from the sap of the coconut tree blossom.

What is coconut vinegar used for?

Coconut vinegar is used in many types of recipes. It is a traditional ingredient in East and Southeast Asian cuisine.

It is commonly used for pickling and making curry.

Can you drink coconut vinegar?

Yes, you can drink coconut vinegar. It does have a strong flavor so it is best to mix a tablespoon or two in a glass of water before drinking.

Coconut vinegar is an amazing ingredient that is used in many recipes. It offers a mild, pleasant flavor that pairs well in so many dishes.

And if you are out of it you need to use a replacement that is similar enough to work in your recipe. 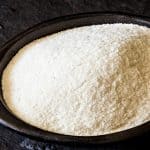 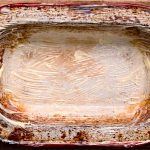