There are a number of important differences between cornstarch and corn flour. While many think you can use them interchangeably, those differences need to be taken into account before adding either of them to your recipe.

While both corn flour and cornstarch are produced from corn, the process is different which leads to differences in flavor and uses.

While corn flour refers to the powder produced by grinding the entire kernel of corn, cornstarch is only the processed starch from corn kernels.

You may find these two corn based ingredients referred to different names depending on where in the world you are, it’s important to know the differences so you can use the right option in your next dish.

How Corn Flour and Cornstarch are Made

Corn flour and cornstarch are both produced from corn kernels. Both are a fine powder used in all types of recipes, but they are made in different ways.

Cornstarch is made by filtering out the protein and fiber of the corn leaving only the endosperm. This starchy material is a fine, white powder.

Corn flour, on the other hand, is the product of grinding the entire corn kernel into a fine powder. Corn flour is a more yellow color and contains the starch, protein, and fiber of the whole kernel.

In addition to the protein and fiber, corn flour contains vitamins and minerals that cornstarch does not. This doesn’t just effect the nutritional content, it also effects how it reacts to heat and mixing with other ingredients.

Summary: Corn flour is produced by grinding the entire corn kernel while cornstarch has the fiber and protein removed, leaving only the starch.

Does Cornstarch and Corn Flour Taste the Same?

No, the difference in the processing of cornstarch and corn flour lead to a different flavor.

Corn flour has a flavor reminiscent to corn. It is subtle, but offers a distinctly corn based flavor.

Cornstarch though, has little to no discernable flavor. This is due to much of the content of the whole kernel being processed out of the cornstarch.

Because of the difference in flavor, corn flour is often used in complex recipes while cornstarch is traditionally used as a thickening agent.

Note: Corn flour and cornstarch are different from cornmeal. Cornmeal is a a coarser by product of whole kernel corn. It does offer a similar flavor to corn flour but they are different products.

To make the issue more complicated, cornstarch and corn flour are not universally accepted names.

In other parts of the world these names are used for different products. So depending on where you live, and where your recipe originated from, the type of corn powder may be different from what we know as cornstarch and corn flour.

In the UK and Ireland, when a recipe calls for corn flour, they are referring to what we call cornstarch in the US.

Israel also calls for corn flour when referring to what we know as cornstarch in the US.

When in doubt on what a recipe is calling for, consider what role the ingredient is playing in your recipe.

Rule of thumb: Used cornstarch for thickening soups and gravies, while using corn flour when making a baked dish.

Can Cornstarch and Corn Flour be Substituted for Each Other?

Maybe. When it comes to using corn flour and cornstarch interchangeably it really comes down to how you will use it.

Keep in mind that cornstarch is most commonly used to thicken broths, soups, gravies, and certain sauces, like this peach pie filling. But corn flour is more often a base for baked goods.

They work these different roles because of the fiber and protein differences.

Because cornstarch does not have protein or fiber it is not suitable for baking. It will leave your dish dry and flat.

Corn flour can be used to thicken gravies and sauces in a pinch. It does contain starch so it will do the trick when using it in place of cornstarch.

Note: Corn flour does not contain gluten so baked goods will not be as fluffy or soft as those made with gluten flours.

Is it better to use cornstarch or flour?

It depends on what you are making and what role the ingredient plays in your recipe.

Is cornstarch the same as corn flour in Australia?

Traditionally cornstarch and corn flour refer to the same product in Australia. Corn flour and cornstarch both generally refer to what is called cornstarch in the US.

Corn flour (US naming) is not generally used in Australia, and instead a wheat flour is more commonly used.

Yes, cornstarch creates a crispy coating when fried. Cornstarch works well as a fry coating but it does not have as much flavor as other coatings.

As you can see, cornstarch and corn flour are not the same thing (in the US at least) and both have their place in the kitchen.

When you are struggling to know which to use just remember the rule of thumb that cornstarch is for thickening and corn flour is for baking. Most of the time anyway! 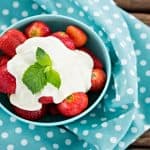 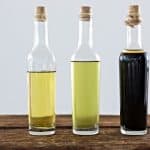