If you are all out of crème fraiche and need it for your recipe no need to fear! There are a number of great substitutes you can use and you will learn everything you need to know about how to use them here.

So what are the best crème fraiche substitutes?

Creme fraiche is prized for it’s thick consistency and delicious flavor. It is used the world over in desserts, soups and more.

It offers a flavor reminiscent of sour cream and tends to be a bit pricey compared to more commonly used cheeses.

When looking to replace crème fraiche we need to consider not only it’s flavor, but the fact that creme fraiche has a relatively low water content. Each of the highlighted crème fraiche substitutes on this list will meet your needs so you don’t have to guess on what to use.

But how do you use each of these crème fraiche alternatives and which is best for your recipe?

Well we have you covered, read on for the answer to all your questions.

Sour cream can be used in everything from desserts, to soups, to dinner recipes and dips. There is no issue in replacing crème fraiche with sour cream.

Greek yogurt provides the flavor, consistency, and bulk needed to replace crème fraiche in any recipe.

Keep in mind that Greek yogurt offers a lower fat content than crème fraiche, but it works wonderfully in all types of recipes, from sweet to savory.

This kitchen staple is a solid option when substituting for crème fraiche. It offers just the right amount of tangy flavor that allows it to be used in all types of recipes.

Keep in mind that cream cheese is thicker than crème fraiche but you can always thin it with a little milk if needed.

This delicious crème fraiche alternative has a sweeter flavor than crème fraiche but can be used in just about any recipe that calls for it.

While I wouldn’t use it in a baked recipe, it will work great as a dip or topping. Or you could mix it with cream cheese (equal parts) and use the mixture in any type of recipe.

Making your own creme fraiche is quite easy and all you need is heavy cream and buttercream.

Get out a glass jar with a lid and add a couple cups of heavy cream and two tablespoons of buttercream.

Loosely cover and leave it at room temperature for one day. The longer it sits, the thicker your homemade crème fraiche will be.

Just be careful that your mixture isn’t in direct sunlight or exposed to extreme temperatures.

Related: How to Thicken Heavy Cream

Can I substitute cream cheese for crème fraiche?

Can I use heavy cream instead of crème fraiche?

Heavy cream alone is too thin to be used as a crème fraiche substitute. But when mixed with buttercream you can make homemade crème fraiche.

Simply add 2 cups of heavy cream and 2 tablespoons of buttercream to a glass jar and cover loosely. Leave at room temperature for up to 24 hours and your homemade crème fraiche is ready to use.

Yes, Greek yogurt is an excellent substitute for crème fraiche in all types of recipes. It’s tangy flavor and creamy texture lend it well to both sweet and savory dishes.

Can I use mayo instead of creme fraiche?

You can use mayonnaise in place of crème fraiche. The fat content in mayo is lower but not so much to cause an issue with most recipes.

Can I use milk instead of crème fraiche?

No, milk alone is too thin to be used instead of crème fraiche. Milk can be mixed with cream cheese to make a suitable substitute. Use no more than one part milk to one part cream cheese though.

What is the best substitute for crème fraiche in pasta?

The best substitute for creme fraiche in pasta recipes is sour cream. You can use a 1:1 ratio when using sour cream.

Greek yogurt is another option for using in pasta recipes. 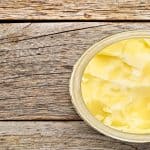 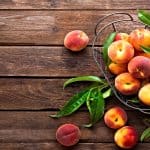