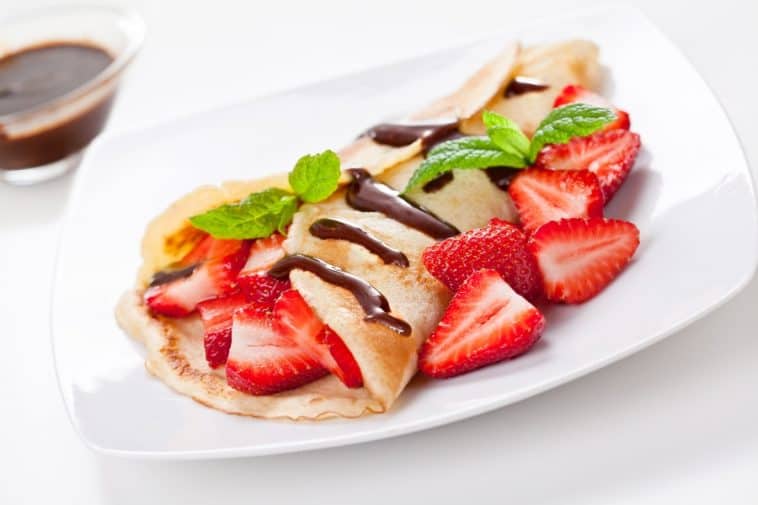 History of the Dishes

While similar in many ways, crepes, pancakes, and waffles have vastly different origins; because of this, their places in history are all quite different despite the fact that at the end of the day, they all make wonderful and traditional breakfast dishes.

All of these breakfast dishes have their origins in various places around Europe, with crepes originating in the Brittany area of France, waffles (as we know them today) originating in Belgium, and pancakes being attributed to the ancient Greeks and Romans.

Depending on how you look at what defines a pancake or a waffle, their origins are a little bit more difficult to discern than the crepe.

For instance, in ancient Greece, flat cakes known as “obelios” were cooked with a batter surprisingly similar to modern-day pancakes and prepared between hot metal plates.

This batter would go on to become the standard batter for waffles, though, so does this technically mean that waffles originated in ancient Greece?

For some great crepe ideas check out these articles

Many people who focus on the origins of food attribute a food as truly emerging when terms similar to the modern-day terms began being commonplace.

Looking at waffles again, though their origins are shared with pancakes, the first true waffle recipe came into light as an anonymous manuscript in the late 14th century, with waffle irons also becoming more prevalent around the same time.

This means that despite the shared origins, waffles themselves came into play during the 14th century, rather than the BCE era.

Pancakes have a much longer history, though, especially given that their simple style of cooking was easier to do during the BCE era.

In fact, evidence of the first pancake-like food has been found to date back as far as 5300 years ago in the Italian Alps.

Clearer evidence of pancake-like foods are found with the obelios, as mentioned earlier.

They would go on to spread around Europe and would eventually become exponentially more popular in the colonial United States, where they would take on the name “johnny cakes.”

While crepes may seem to be a take on the pancake, it is heavily theorized that crepes actually began when a housewife accidentally spilled some porridge onto a hot cooktop.

Because wasting food was a far bigger deal in the 12th century, the food was eaten and found to be a delicious new take on the standard porridge.

Eventually, people began experimenting with the toppings that they could put into the newly found crepes and, as they say, the rest is history as the recipe became more refined into what it is today.

Pancakes, waffles, and crepes share considerable similarities with each other.

This makes a lot of sense, especially with the blurred lines between the true origins of both pancakes and waffles.

All of these dishes share the same core ingredients, with those being flour, water or milk, a sweetening agent (such as honey or molasses), and eggs.

This makes sense, as all of these dishes are made with a batter and many batters share the same types of ingredients.

The methods of cooking are all incredibly similar as well.

All of these dishes are made on a flat, hot cooking surface to help produce that rounded simple shape that most of them have.

Many of these surfaces were metal and were heated by fire. And, naturally, the exact method of cooking would evolve to be more elaborate as contemporary technology allowed for it.

And finally, the dishes themselves would become more elaborate as resources allowed themselves to be used more plentifully.

Fruits and cheeses began to be used more often with these dishes as they took the place of breakfast foods.

Proteins were commonly either added to the dishes themselves or eaten alongside it as the dishes would evolve to be a full meal.

Just as the dishes would branch into becoming more elaborate, they would also become their distinctly different selves as the centuries passed.

Crepes, for instance, would be made to be incredibly thin.

Rather than being pressed like waffles, they would be rolled or folded, depending on the country they were being made in.

They would be made into savory dishes as well as sweetened ones, which was far different than waffles or pancakes.

The toppings used would also differ, including eggs, ham, savory cheeses, vegetables, and so on.

The waffle press would gradually go from being two flat, heated plates to having designs.

The designs would be more complex as time passed and people learned how to make their crafts more intricate.

Eventually, a standardized shape would come into shape and this would be the squares of the Belgian waffle maker, as this allowed for pockets of butter and syrup to help flavor the waffle.

The recipe would go on to incorporate more time for the dough and batter to become more airy and risen than the standard pancake batter would.

Pancakes changed depending on which part of the world they were made in.

More native ingredients to sweeten and flavor the pancakes were used.

In the 13 colonies that would become the United States, where corn was the most prevalent, pancakes would be made with cornmeal to make them a heartier breakfast.

Eventually the top and flattening press that had been used would give way to a simple cake batter cooked in a pan, hence the origin of the name. 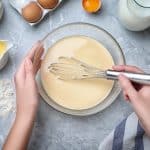 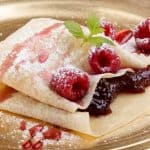