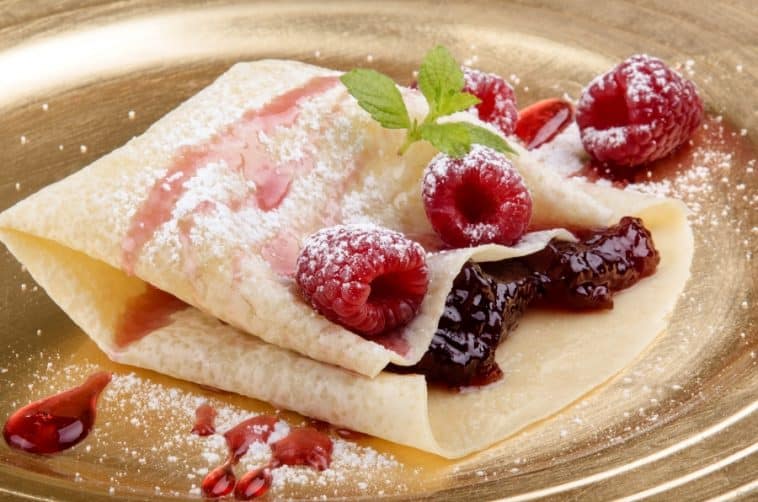 Across most of the world, the general understanding between the French galette and the standard crepe is that crepes are sweet and galettes are savory; for the most part, this is absolutely the truth.

Difference Between Crepes and French Galette

However, in Brittany where crepes originated, assuming this to be the truth can show one’s ignorance in how these two dishes came to be.

After all, historically, crepes were made to be savory before they transitioned to be the dessert that everyone knows and loves.

In all fairness, though, this misunderstanding is quite understandable, as the way that crepes and galettes are made starts out exactly the same before they diverge into their two separate dishes.

The exact recipe for the batter is even very similar or even exactly the same, depending on who is making your food.

Creperies may even serve galettes, as the utensils needed to make them are similar, if not identical.

They both even originate in the same area of the world: Brittany, France.

This fact is actually why the distinction is so important to make in this area, as Brittany has one day of the year where eating crepes is standard.

Where the Two Become Different

The first major difference between crepes and galettes is the fact that crepes came into popularity during the 12th century and galettes became known around the 14th century.

During this two-century period when galettes weren’t a distinct recipe, the crepe would play the role of either a savory or a sweet dish, depending on who was making it and what that person was in the mood for.

This is partially the reason why some people still make savory crepes and call them crepes, rather than the galette, as recipes dating back to this time period would make crepes the standard way before adding more savory ingredients.

However, as pizza was emerging into the world, the French wanted to make their own variant of pizza.

This is widely considered the starting point for the galette, as it is considered to be the French’s take on how to make pizza. Because crepes were incredibly popular around this time, the method of making the galette would also be similar but the ingredients would differ a bit.

Rather than making use of wheat flour, galettes would be made using buckwheat.

Despite the name, buckwheat is not a type of wheat.

Buckwheat would offer a bit of a darker, heartier batter for the galettes to be made on, complementing the savory toppings that would be added to them later on.

Because galettes would go on to become a main portion of a meal rather than a dessert, they were also made to be larger than most crepes were.

Buckwheat was introduced to this area of France around the 14th century, which is why galettes weren’t really a separate recipe before then.

It would steadily become more popular, reaching its peak around the 19th century.

The Common Toppings for Each

Meats and savory cheeses would be used to top the center portion of the galette before the sides were all folded in to create the “crust” of this French pizza.

Sometimes vegetables, fish, and eggs were used as topping as well, given the popularity and availability of these at the time.

This differs drastically from the toppings that would become standard for crepes.

As the galette evolved into being the savory variant of the crepe, people began using sweeter toppings for crepes exclusively as it transitioned from being either a sweet or savory meal to becoming either a breakfast or a dessert.

The toppings for crepes went on to be sweet cheeses, fruits, powdered sugar, and similar toppings.

Syrups would be used to add flavoring, and in other parts of the world, caramel and chocolate may also be used to flavor the crepes.

Most people don’t consider pancakes and pizza to be the same, or even salty and sweet variants of each other, which is one reason why you shouldn’t consider galettes and crepes to be the same type of dish either.

For more crepe ideas check out these articles 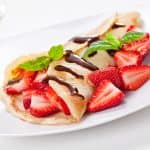 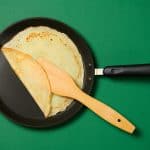