No matter what recipe you are making, if you need to melt almond bark you will find the three best methods for getting the job done. Whether you are making chocolate covered pretzels or dipped holiday desserts, any of these techniques will help you quickly and easily melt your almond bark.

While particularly popular around the holidays, almond bark is used in my kitchen year round. And I have tried many ways to melt almond bark. After all that practice there are three ways that work the best.

Read on for how to use the stovetop, oven, or microwave to properly melt your almond bark.

The most efficient method for melting almond bark is in a double boiler. For this method you will need a double broiler (obviously) which some people do not have as an option.

If you do not have (or want to use) a double boiler no worries. There are two more methods below that will work nearly as well.

To start, you will need to chop your almond bark into relatively small pieces. This will make the melting process quicker and more uniform.

Fill your bottom pan with water and place it on the stovetop. Do not turn up the heat yet.

Pro Tip: Double boilers allow you to melt almond bark without burning it because the added layers between your almond bark and the heat.

Now your almond bark is ready to use according to your recipe.

Melting Almond Bark in the Oven

If you do not have a double boiler there is no need to worry. You can melt almond bark in the oven!

This method is simple and effective.

To do this we will keep the temperature very low.

Preheat your oven to one hundred and twenty degrees and take out a baking sheet with low sides (don’t grease your pan).

While your oven is coming up to temperature, chop your almond bark into small sized pieces.

Once your oven is preheated, add your almond bark chunks to your pan in a single layer and place the pan in your oven.

Cooking time will vary, so it’s important to watch your almond bark to ensure it does not burn.

It will bake for approximately fifteen minutes and it is done when your almond bark look soft and has begun to melt. You do not want to completely melt it in the oven as this will lead to it burning.

Take your pan out of the oven and stir it immediately until it finishes melting.

Now you can use your melted almond bark according to your recipe.

How to Melt Almond Bark in the Microwave

This method is easier to burn your almond bark with so care will need to be taken.

But when you are in a hurry this is a great way to get the job done.

Start by cutting your almond bark into small pieces. Try and keep each piece a similar size.

Put your almond bark chunks into a microwave safe dish and pop it in the microwave.

You will need to microwave your almond bark on medium for thirty second increments.

Can I microwave almond bark?

Yes you can! As you see above you do need to take care not to burn your almond bark in the microwave but it is a great method when you cannot use a double boiler or the oven.

How do you thin almond bark?

There are a few ways to thin almond bark and this comes in handy when using it to dip various desserts.

My favorite method is to add a couple teaspoons of Crisco to my almond bark and stir it in when hot.

You can also use coconut oil if you do not mind adding a hint of coconut to your recipe.

Some stores also stock paraffin that can be used much like Crisco to thin your almond bark.

How long does it take for melted almond bark to harden?

If you are dipping pretzels or a dessert in almond bark, you should place them in the refrigerator to harden. It should be set within a half an hour.

Melted almond bark can be kept safely in your refrigerator for up to two weeks.

There are three great ways to melt your almond bark. Whether you have a double boiler, an oven, or you choose to use the microwave.

The best way is to use a double boiler because it will provide you with the most even melt and it will be a bit more efficient than using an oven or microwave or the oven. 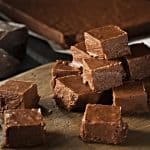 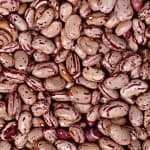