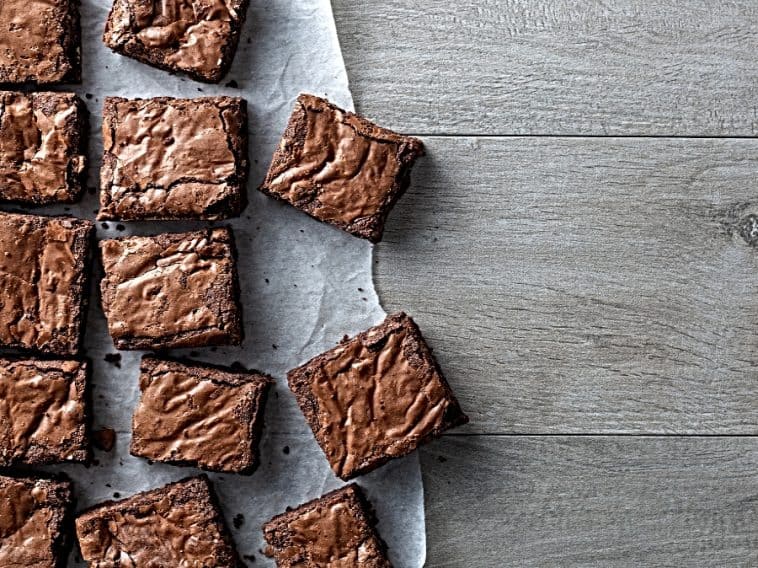 Uh oh! Your brownies are hard, but don’t throw them away! You can soften hard brownies and make them delicious (and edible) once again.

There are a number of simple and quick techniques you can use and I will let you know all the ways to soften your brownies.

These methods work for all types of brownies, from chocolate, to fudge, to vanilla frosted, to turtle brownies and every other type of brownie you can think of.

Yes! You Can Soften Your Hard Brownies

So can you soften brownies that have gone hard?

Absolutely! Hard brownies can be brought back to their former glory. While some of these methods are quicker than others, no matter what you have on hand there is a way to soften those rock hard brownies.

Here are my tried and true methods for turning those tooth breaking brownies back into chewy and scrumptious treats.

This method is one of my go to’s for taking the hard out of brownies. Grab a plastic container and some wax paper. I like to use a large container, just make sure it is big enough to hold all of your brownies.

Now line the container with your wax paper. Now cut your brownies into individual squares and place a single layer of brownies on the wax paper. Make sure to leave about an inch between each square. No touching of the brownies!

I can only get two layers in my container but if you can fit another then go for it!

Now seal up your container so it is airtight and let them set for at least eight hours. Now your brownies will be soft and ready to eat!

This is my go to method when I am in a bit of a hurry to soften some brownies.

Preheat your oven to 275 degrees. Line a baking sheet with parchment paper and then cut your brownies into squares.

Place brownie squares on parchment paper lined baking sheet and pop them in the oven two to three minutes. Remove them and they are ready to serve!

With this method you will want to eat your brownies after heating as they will get a bit hard once they cool again.

I love this old school method for softening brownies when I am not in a hurry. It’s super simple and works like a charm! The bread slices will provide moisture that your brownies will absorb and bring them back to life.

Now just seal up your container and place in a cool dry place in your kitchen overnight and by the morning your brownies will be soft and ready to serve.

Ok so this is not my favorite method for softening brownies but I get asked about it a lot so I am including it here. It is VERY easy to overheat your brownies in the microwave and burning them is a real possibility.

But if you are in a huge hurry and cannot use the oven method then this is how you use the microwave to soften your brownies.

Place paper towel on a microwave safe plate and put one brownie square on it. Place in the microwave and heat on medium low heat for five second intervals.

Check the brownie after each five seconds and repeat until desired softness is reached.

Again, be cautious using this method. I have seen many fine brownies burned by an overzealous brownie softener (is that even a thing?).

Tips To Prevent Brownies From Getting Hard

Brownies should be stored at room temperature and never kept in the fridge. Your refrigerator will quickly dry out your brownies leaving them hard and no fun to eat.

The cold temps of the fridge make the sugar crystalize and that means a crunchy brownie.

One of the main causes for hard brownies is over baking. When it comes to baking brownies it’s better to slightly under bake them than over bake.

So when baking your brownies follow your recipe closely and check your brownies when they have baked at the low end of the estimated cooking time. Do this by inserting a toothpick in the center and when pulled out it is clean.

This simple step alone will help you avoid having hard brownies that need to be softened.

Another common mistake made when making brownies is cutting them before they cool completely.

You should always allow your brownies to completely cool on a wire rack before taking a knife to them.

If you cut your brownies before they are cooled entirely this can and will lead to hard brownies.

If you plan to have leftover brownies for more than one day it is best to cut them into squares and wrap them individually in plastic wrap.

Then store them in a dark place at room temperature (don’t refrigerate!).

Brownies stored this way will usually stay moist for up to four days. The exact amount of time depends on the moisture content of your particular type of brownie.

What To Do With Hard Brownies

Ok, so some brownies may be past the point of no return when it comes to making them soft again. But even when this happens not all is lost.

There are a number of uses for leftover, hard brownies and with a little creativity you can probably come up with more than I have below.

One of my favorite uses for hard brownies is to crumble them up and use them as homemade ice cream add ins. This works great with no churn or ice cream machine recipes. And of course, you can also use them on store bought ice cream.

Add in some whipped cream and some caramel sauce and make a delicious homemade ice cream brownie sundae.

And keeping with this theme, you can crumble your brownies and use them as cookie or cupcake toppers too. The key is to think about what you will be making in the future and how you could incorporate brownie chunks to use up your leftover hard brownies.

I hope you found this article helpful and you now know how to avoid hard brownies in the future and how to easily soften them if you want to eat them as is.

Please share in the comments below what method you used and if you have any other tips for dealing with hard brownies. 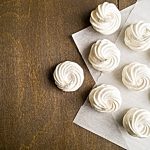 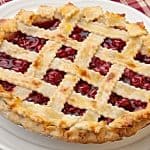