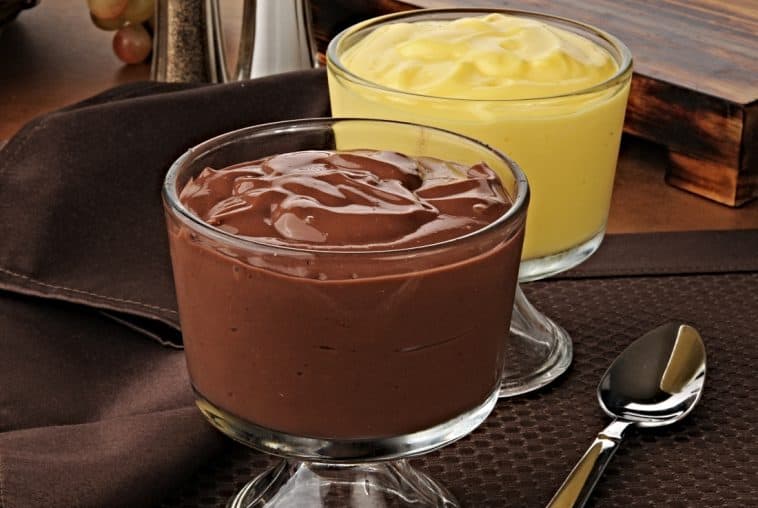 Pudding mixes are quick and tasty desserts but what do you do if you don’t have any milk?

I’ve been asked a number of times whether you can make pudding mix without milk and I’m happy to say the answer is yes!

There are a number of substitutions for milk you can use when making pudding. Some work better than other, but with all the options I’m going to show you, you can definitely make your pudding without milk.

So what are the best substitutes for milk when making pudding?

Can You Use Water Instead of Milk in Pudding?

Yes! Pudding mix calls for milk to be used, but if you don’t have milk or any of the alternatives below, you can use water.

Because milk has fat, water will effect how rich and creamy your pudding comes out. That means that if using just water you will want to reduce the amount of liquid used. (this will also lower your yeild)

When making pudding with only water use about a 3:4 ratio.

You can also use a combination of water with milk or any of the other substitutes listed below. This will produce a thicker and creamier pudding.

This comes in handy when you have less milk than your recipe calls for. You can use the milk you have and add water to make up the difference.

Now let’s get to the other substitutions for milk in pudding.

The following milk replacements work in all types of pudding. Whether you are making chocolate, vanilla, tapioca, fruit pudding, fudge, caramel, or any other type, these alternatives will work in your recipe.

Coconut milk is a great substitute when making pudding thanks to it being thick and creamy. It will produce a rich pudding that is almost identical in consistency to pudding made with milk.

Coconut also offers a delicious flavor that works well with many flavors of pudding. But it really shines when added to citrus flavored pudding like pineapple and lemon. It also pairs wonderfully with chocolate and vanilla.

Use a 1:1 ratio when substituting for milk.

Almond milk is another great alternative as it produces a great textured pudding. The flavor is perfect for chocolate, vanilla, and caramel puddings. It also works surprisingly well in fruit flavored pudding.

When replacing milk with almond milk use a 1:1 ratio.

While largely ignored when looking for a milk substitute, cashew milk is an exceptional replacement when making pudding.

The creamy texture and nutty flavor of cashew milk makes it well suited for all types of pudding. Make sure to keep it to a 1:1 ratio and your pudding will turn out great.

If you are looking for a milk replacement that doesn’t use nuts or dairy, soy milk is a solid option. It offers enough creaminess to make a great pudding. The flavor is also subtle enough to work with all types of pudding without overpowering the flavor.

Oat milk is a great vegan friendly substitute for milk in pudding. It offers just enough thickness to properly replace milk while offering a subtle flavor.

Oat milk not only goes well in fruit flavored pudding like lime, lemon, and orange, it works in traditional flavors like chocolate, vanilla and tapioca.

Use a 1:1 ratio when replacing milk.

If you bake a lot then you may have some powdered milk in the pantry. And if you do, it does the job if you are in need of a milk alternative.

Use a 1:1 ratio of mixed powdered milk.

Whipping cream is quite a bit thicker than milk. So that means you will want to use about two parts whipping cream and one part water when replacing milk for pudding.

This will produce a rich a decadent pudding so it’s perfect for those who enjoy a thick pudding. If you prefer a thin pudding then you will want to go with one of the other substitute options.

This one is technically not a milk substitute but instead a tip to make your pudding taste amazing when using water to replace milk.

If you decide to use water instead of milk then you risk missing out on some of that rich and creamy flavor. A great way to boost the flavor of a chocolate pudding made with water is by adding a tablespoon of cocoa powder.

As you see, there is no reason you cannot make pudding without milk. There are a number of substitutes that will work great. And yes, even water can be used in place of milk.

It’s key to remember that strictly using water will result in a much thinner pudding, you can boost the creaminess with cocoa powder or one of the other great alternative ingredients. 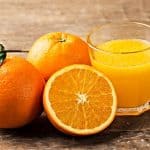 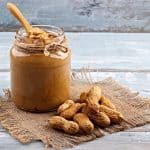