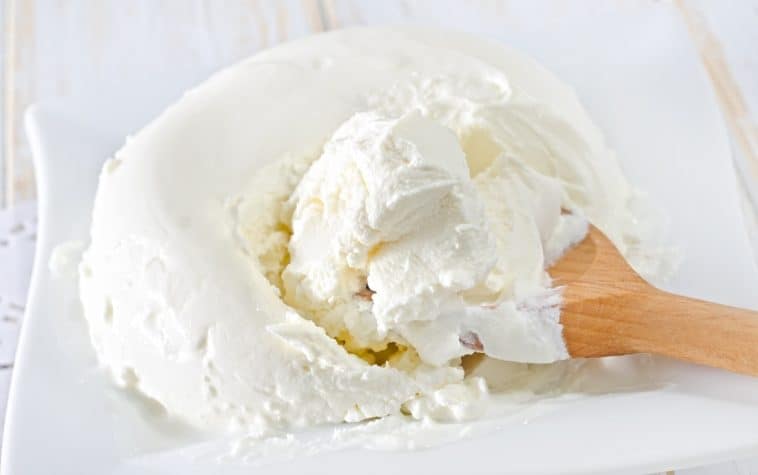 Ricotta and mascarpone cheese is used in all types of recipes, from dinner to dessert. It is particularly popular in Italian dishes.

While the two cheeses have both similarities and differences, it is important to understand how the two compare to best use them in different types of recipes.

So this article will cover how mascarpone and ricotta are different, and similar.

The most apparent differences between the two is that mascarpone cheese is creamy and thick while ricotta cheese is watery and clumpier.

Mascarpone’s richness comes from containing a higher fat content than ricotta. And ricotta is therefore a thinner and lighter cheese than mascarpone.

This difference will make each type of cheese ideal for different types of recipes. Let’s go into that in more detail.

What is mascarpone cheese?

Mascarpone is a double or triple cream cheese that originates from Italy. It offers a rich and creamy texture stemming from it’s high milk fat content. It is quite similar to cream cheese and is often used in a similar manner.

Mascarpone cheese is commonly used in Italian desserts. It is primarily used as a base for fillings. It has a high heat sensitivity to go along with it’s high fat content.

This Italian cream cheese is used in all types of recipes. It is commonly used in tiramisu, cheesecake, on pasta, as a heavy cream substitute, pizza, on grits, and so much more.

What is ricotta cheese?

Traditional ricotta also finds it’s origin from Italy. This low fat cheese is produced from whey and offers a watery and lumpy consistency. It is much grainier than mascarpone cheese

Ricotta can also be find in an American version which is produced by using whole milk instead of whey. During production, this type of ricotta cheese is churned to prevent it from losing it’s grainy texture.

Ricotta is also quite versatile and is used in cheesecake, on pizza, in soup, pancakes, gelato, tarts, and many more types of dishes.

Differences between ricotta and mascarpone cheese

Ricotta has a milk fat content ranging from 6% to 12% while mascarpone cheese has a milkfat content of around 50%.

Mascarpone has a significantly higher fat content leading to a much smoother texture. This high fat content means that mascarpone is more likely to separate when cooked than ricotta cheese.

The texture of ricotta and mascarpone cheese play an important role in their respective uses. Mascarpone offers a creamy and smooth texture while ricotta is much grainier and watery.

Mascarpone’s creamy texture lends itself well to being a filling or topping while ricotta’s grainy texture works well as a filling for desserts and dinner recipes.

Moisture difference between mascarpone and ricotta

Ricotta has much higher moisture content than mascarpone cheese. This moisture difference means each of these cheeses work in a recipe differently.

The water found in ricotta works well in recipes that can be softened by the additional water. But if your recipe must remain drier, then ricotta is not ideal.

Mascarpone, on the other hand, is much lower in moisture making it an excellent filling or topping for most dessert recipes.

Can you substitute ricotta for mascarpone cheese?

No. In general, ricotta cheese contains too much moisture to be used as a replacement for mascarpone cheese. If subbed in, ricotta will lead to a soggy result. A lower moisture alternative such as cream cheese should be used instead.

Ricotta also offers a much lighter flavor than mascarpone, which will lessen the creaminess of a recipe.

Is ricotta or mascarpone cheese better for making cheesecake?

Ricotta and mascarpone cheese can both be used when making cheesecake. Which cheese is best depends on the type of cheesecake being made.

Ricotta cheese is an excellent choice for non baked cheesecake recipes. Keep in mind that if you use ricotta in a recipe that calls for a higher fat option, more fat will need to be added to your recipe for optimal results.

But mascarpone can also be used in a non baked cheesecake. Because both of these cheeses offer a subtle flavor, they work well in any flavor cheesecake.

The primary difference between the two is that mascarpone creates a thicker cheesecake while one made with ricotta will be significantly less dense.

So ricotta and mascarpone taste the same?

While both of these cheeses offer a subtle flavor, mascarpone is noticeably sweeter than ricotta cheese.

Can ricotta be used in place of mascarpone in tiramisu?

No. Ricotta has a much higher moisture content and grainy texture than mascarpone, making it not a good substitute for mascarpone in tiramisu.

Which is better for lasagna?

Ricotta is the traditionally used cheese in lasagna between the two. Ricotta offers a complimentary texture to mozzarella while mascarpone’s creamy thick texture will compete with mozzarella in lasagna.

Ricotta vs mascarpone in cannoli

Ricotta is more frequently used when filling cannoli’s, but mascarpone cheese can be used as well. Some chefs prefer mascarpone when making cannoli due to it’s thick texture and manageability. 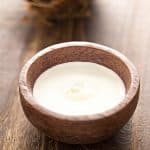 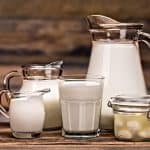