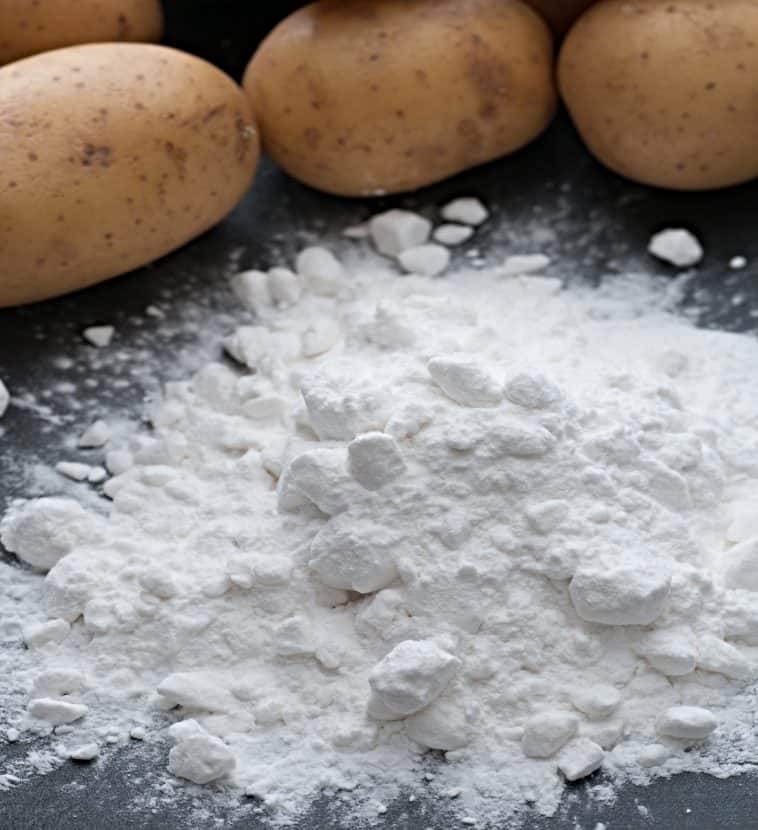 Potato flour is produced with whole peeled potatoes. The potatoes are fully cooked and cooled before being ground into a fine powder perfect for baking and thickening.

It provides fiber and flavor, so a substitute should offer a complimentary flavor and texture.

So what are the best substitutes for potato flour?

Make sure to read on for how to best use each of these potato flour alternatives.

Potato flour has grown in popularity in recent years and can be found in all types of recipes. It can be used to bind together burgers, as a crispy batter base, a gravy thickener, and even in baking.

When we look at alternatives for potato flour, we want to find options that can be used in any recipe that calls for it. And that’s exactly what you will find below.

Potato starch is produced by pulling the starch out of peeled potatoes. It is a fine powder that is flavorless. Potato starch can be found in most grocery stores, and it is an affordable potato flour substitute.

It works in all types of recipes. Potato starch can be used as a thickener or binder as well as in baked dishes. Keep in mind that it does not offer the flavor of potato flour, but if that is not a problem this is an excellent all around potato flour replacement.

Cornstarch is a versatile kitchen staple. It is produced by pulling the starch out of corn kernels and it is readily available at most grocery stores.

Cornstarch is a light colored powder that has little flavor. If you do not need the flavor of potato in your recipe but need a great binding agent or thickener then cornstarch is an excellent option.

Cornstarch works in breads and baked goods in addition to being a thickening agent.

Mashed potatoes are an old school substitute used in place of potato flour when baking bread. Mashed potatoes provide that quintessential potato flavor but it does add a lot of moisture to your recipe.

When substituting mashed potatoes for potato flour, you will want to lower your other liquid ingredient volume by about 50%.

Bread and rolls taste amazing when using mashed potatoes but it does produce a flatter bread. If that doesn’t concern you, this is a unique way to sub for potato flour.

This is the best overall substitute for potato flour. You can find large containers of potato flakes at most grocery stores, but you can also use instant potato flakes. They are the same thing. Just be cautious that your flakes are not pre-seasoned.

Potato flakes are cheap and work well in any recipe that calls for potato flour. You can add the flakes as is, or crush them before adding them to the rest of your ingredients.

Potato flakes work when making bread, as a thickener, as a binder, or when baking other recipes.

All-purpose is likely already in your pantry and it can be used in place of potato flour in most recipes. You will lose out on the potato flavor and moisture absorption of potato flour but with some minor adjustments it will work in a pinch.

When using all purpose flour, you are losing starch which means you will want to lower the water content of your recipe by about 15%. This is particularly important when baking bread.

All-purpose flour can lead to a sticky dough that is hard to work with. Just be sure to lower your water content when baking bread with all purpose flour in place of potato flour.

Coconut flour may not be well know to you but it makes a great potato flour alternative. It offers a subtle flavor that complements many recipes that call for potato flour. It works as a binder, thickener, and in baked goods.

Coconut flour will not absorb as much liquid as potato flour so reduce the water content of your recipe when baking bread.

This popular gluten free potato flour substitute is truly versatile. Arrowroot flour is produced by grinding a root tuber. It contains starch and makes an exceptional substitute for potato flour.

Arrowroot powder will work in any recipe that calls for potato flour, but keep in mind that it will not offer the same flavor. Arrowroot’s flavor is subtle though, so it won’t overpower the other flavors in your recipe.

Also referred to as tapioca starch, this powder is found at most grocery stores and is an excellent alternative to potato flour.

It works well in baked recipes as well as a thickener and binder. It can be substituted in any recipe that calls for potato flour. The flavor is subtle and will not overpower the other ingredients in your recipe.

Quinoa flour is a popular base for gluten free bread and it is available at most grocery stores. It offers a subtle flavor and it works well in any baked recipe that calls for potato flour.

Quinoa flour offers a relatively high protein content, which makes it ideal for baking breads that hold their shape. It can also be used in cakes, cookies, and as a thickening agent.

What does potato flour do in baking?

This moisture retention also works well for creating cookies with a soft yet crumbly texture.

Can I use rice flour instead of potato flour?

Yes, rice flour can be used in place of potato flour in baked recipes with the addition of potato starch. Rice flour alone is not recommended for recipe that call for potato flour.

Use equal parts rice flour and potato starch when substituting for potato flour. 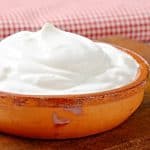