If you are all out of cassava four and need it for the recipe you’re making, no need to fear. There are a number of gluten free substitutes for cassava flour you can use no matter what you’re making.

Cassava flour is a popular gluten free flour alternative used in everything from bread, cookies, cakes and more.

If you need a replacement for cassava flour read on for the top options and how to use them.

So what are the top cassava flour substitutes?

Whether you are making gluten free cake, cookies, or bread one of these alternatives will work in your recipe.

Cassava is a starch tuber ground into a flour like consistency. It is one of the most popular gluten free baking alternatives. Find out each type of flour replacement you can use in place of cassava and make sure to read how to use them for the best results.

Arrowroot is produced from numerous different root tubers, including cassava. The tubers are ground up into a flour like texture, and it is quite similar to cassava flour.

Arrowroot can be used in any recipe that calls for cassava flour. It works for baking cookies, bread, cake, and even brownies.

But arrowroot is also a popular gluten free base for gravy, so feel free to use arrowroot in any recipe you are making.

Also called tapioca starch, tapioca flour is produced from the yucca root. This is the same tuber cassava flour is made from. The pulp of the cassava root is pressed with water and the remaining starchy extract is kept, creating tapioca starch.

Tapioca flour is quite similar to cassava flour making it an excellent substitute. This starch works in any dish that requires cassava flour. Feel free to use tapioca whether making dinner, dessert, or bread.

It works equally well in baking as it does when making gravy. Almond flour has a light, nutty flavor that pairs well with many other ingredients.

Almond meal, made from unpeeled almonds, can also work as a cassava flour substitute.

This gluten free cassava alternative is produced by grinding dry coconut meat into a fine powder. It offers a consistency similar to cassava flour.

Coconut flour has a subtle flavor that suits it well for any recipe that calls for cassava. It is particularly well suited for baking.

Chickpea flour is made by grinding chickpeas and sifting out large particles, leaving a fine flour like powder.

Chickpea flour is another popular gluten free flour alternative that works wonderfully in any recipe that calls for cassava flour.

Rice flour is made using brown or white rice. The husks are removed and then the rice is ground into a fine powder.

Rice flour offers a subtle flavor that pairs with any recipe calling for cassava. Rice flour is another personal favorite for gluten free baked goods.

Are cassava flour and cornstarch the same?

Both ingredients can be interchanged in many recipes, but they are not the same ingredient.

Are cassava flour and arrowroot the same?

Not necessarily, but they are similar. Cassava flour is produced using the root of the cassava plant while arrowroot can be produced using numerous different tubers. Arrowroot may contain cassava root, but some varieties may not.

Is cassava the same as tapioca starch?

The best gluten free substitute for cassava flour in kutsinta is arrowroot or tapioca flour. But any of the substitutes listed above will work well.

If you can have gluten, then all-purpose flour can be used. 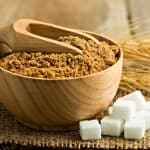 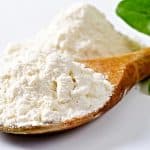