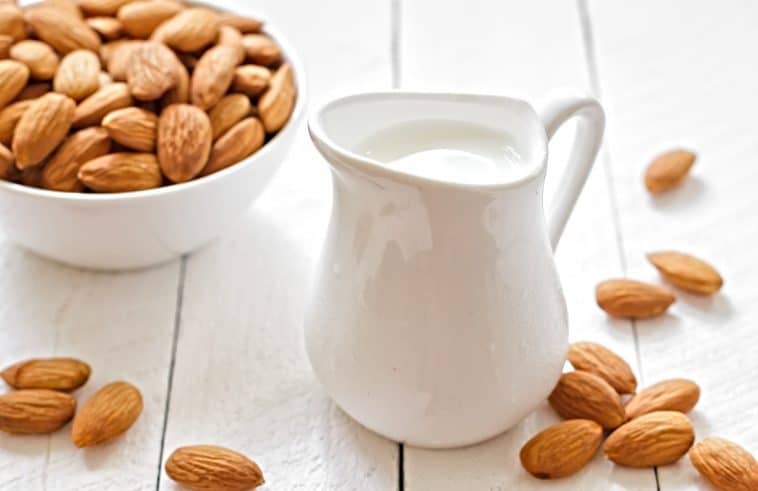 Almond milk is the most popular non dairy milk on the market. It is used in countless recipes, drank straight, and used as a dairy milk substitute.

In this article you will find dairy and non dairy substitutes for almond milk and how to best use each of them.

So what are the best almond milk substitutes?

Most of these almond milk replacements can be found at your local grocery store. They all can work, so whether you are all out of almond milk or just don’t like the taste, they are plenty of other options available.

Almond milk is made by pressing almonds with water resulting in a creamy, nutty flavored milk like product popularly used in vegan, and dairy free recipes. Almond milk has also grown in popularity with those who are not vegan as well.

So whether you need a vegan almond milk substitute or not, there are a number of great tasting options that taste great drank straight or used in a recipe.

Cow’s milk is still the most popular dairy product in the world. It is also the best substitute for almond milk for those who can have dairy in their diet.

Milk works in all types of recipes from breakfast, dinner, dessert, and as a refreshing beverage.

Any recipe that calls for almond milk can use dairy milk. It is best used at a 1:1 ratio.

If you are looking for a dairy free substitute for almond milk that offers great flavor and is packed with vitamins and minerals, then cashew milk is the way to go.

Produced using water and cashews, cashew milk is creamy and flavorful, making it perfect for any recipe calling for almond milk. It is also delicious drank alone or mixed with a smoothie or shake.

Cashew milk works particularly well in baked goods, sauces, and even ice cream. It can be used in all dishes that use almond milk. Use a 1:1 ratio when replacing almond milk with cashew milk.

Coconut milk is produced from the flesh of whole coconuts. It offers a sweet flavor and creamy texture that makes it an ideal almond milk replacement.

Coconut milk is higher in fat than almond milk, making it a great option for making smoothies, shakes, and baked goods.

The subtle coconut flavor goes well with many other flavors including tropical fruits, citrus, chocolate, vanilla, coconut and more.

Coconut milk is similar to almond milk in many ways, it is one of the best dairy free almond milk substitutes available. It is also a popular ingredient in many types of cuisine including Thai, Indian, Hawaiian, Polynesian, and Nepali cooking.

Use a 1:1 ratio when subbing for almond milk.

Made by processing rolled oats and water, oat milk is a popular vegan substitute for almond milk. The subtle flavor and nutrient content make it a great addition to baked goods and beverages.

Oat milk can be purchased at most grocery stores or made at home. It is an affordable and versatile substitute.

Oat milk is one of the thickest alternatives making it particularly great for baking and making smoothies and shakes.

The flavor is light enough to not overpower other flavors as well. Oat milk should be used at a 1:1 ratio when subbing for almond milk.

Rice milk is a lactose free almond milk alternative that is popularly used in baking, cooking, and beverages.

Usually produced from brown rice and water, rice milk offers a light flavor that compliments all types of dishes.

Rice milk is an excellent alternative for those allergic to dairy or nuts as it is versatile and well tolerated.

Rice milk comes in both unsweetened as well as sweet versions. It also comes in calcium fortified versions and is readily available at most grocery stores.

When using a sweetened rice milk in baked recipes be certain to lower your sugar by about 10%. Otherwise your recipe may end up too sweet.

Rice milk is a great base for fruit smoothies, it’s flavor goes well with melons and berries as well as bananas and mangos.

In the world of plant milks, hemp milk has exploded in popularity in recent years. It is a low carb, low calorie alternative to almond milk that works in all styles of recipes.

Produced by soaking hemp leaves in water, hemp milk can be found at specialty grocery stores or made at home.

This milk is well tolerated by those with dairy, nut, and soy allergies. With it’s slightly sweet taste and medium thick consistency, hemp milk works well in baked dishes as well as shakes and smoothies.

Hemp milk also contains protein as well as fatty acids making it a great all around almond milk alternative.

Another great nut milk, walnut milk is packed with fiber and antioxidants. It also boasts fatty acids and vitamin E.

If you prefer using another nut milk in place of almond milk this is a great option. Walnut milk works great in mixed beverages like fruit smoothies and milkshakes.

It also offers enough fat and thickness to be used in baking, such as cookies and muffins. The flavor is subtle with a light sweetness. Use a 1:1 ratio when replacing almond milk.

Not as common as almond or cashew, hazelnut milk nonetheless makes a great substitution if you can find it (it’s also easy to make your own).

Made by processing hazelnuts with milk, hazelnut milk offers a light a nutty flavor that works well in beverages and baked recipes.

If you are making a dessert that calls for almond milk you can use a 1:1 ratio. Hazelnut milk is slightly thinner than almond milk so add a bit more if your recipe appears too thin.

Soy products have gained in popularity tremendously in recent years, and soy milk is now available in most supermarkets.

It is produced using soybeans, water, and oil and is a popular dairy free milk alternative. It offers numerous vitamins, minerals, and low sodium.

Fans of almond milk will likely not have an issue with the subtle flavor of soy milk. It works well in baked dishes as well as mixed beverages.

Some may not enjoy drinking it straight as it does have a sour flavor alone. But when mixed with other flavors the sour taste is largely unnoticeable.

Use a 1:1 ratio when replacing almond with soy milk.

If a seed milk is more your style, and hemp milk is hard to come by, flaxseed is a solid alternative.

Produced from flaxseeds and water, this milk alternative is packed with nutrients. Not only is it nutrient dense, the subtle flavor works well in all types of recipes.

I particularly enjoy using flaxseed milk when making smoothies and milkshakes. But it also works in baked dishes.

Go with a 1:1 ratio when subbing in for almond milk.

Can regular milk be used in place of almond milk?

Yes regular milk can be used in place of almond milk. Cow’s milk does contain lactose so regular milk should only be used by those who can have dairy in their diet.

If you require a lactose free or vegan almond milk substitute then cashew milk, hemp milk, or coconut milk should be used instead.

Can I use water instead of almond milk?

Maybe. Water is not an ideal substitute for almond milk but if no other options are available it can be attempted. In most baked dishes water does not offer enough substance to be substituted for almond milk.

It may work in smoothies or other mixed beverages.

Can I substitute soy milk for almond milk in baking?

Yes. Almond milk can be replaced with soy milk when baking. Soy milk works well in many baked good recipes including cookies, muffins, and breads.

What is the best substitute for almond milk when baking?

What is the best substitute for almond milk in a smoothie?

If you can have dairy in your diet, cow’s milk is a great almond milk replacement.

Can heavy cream be substituted for almond milk?

Yes. Heavy cream can be substituted for almond milk but it should be diluted with water due to it’s thickness.

Use 1 part heavy cream and 1 part water when substituting it for almond milk. 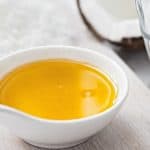