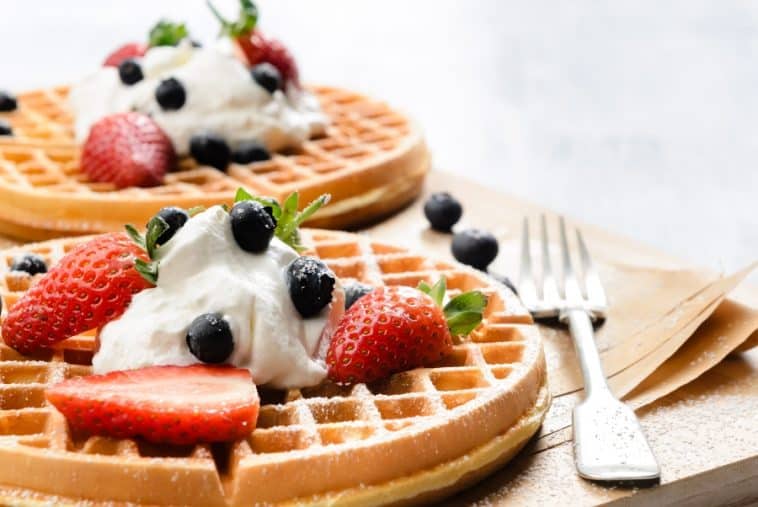 If you are making waffles but ran out of vegetable oil have no fear! There are a number of great vegetable oil alternatives you can use to make waffles and at least one of them is already in your kitchen.

What are the best substitutes for vegetable oil in waffles?

Depending on what you have on hand, any of these kitchen staples can be used in place of vegetable oil when making homemade waffles.

Read on for more on these vegetable oil alternatives and how to use them.

Why Vegetable Oil Is Used When Making Waffles

Vegetable oils, such as canola oil, soybean oil, sunflower oil, and corn oil are the preferred choice of such culinary connoisseurs and chefs as they are cheap to purchase. They also hold heat evenly and are comfortable to use when trying to make waffles.

Oil is used in waffles because it’s a carrier for other ingredients that add flavor and make the batter fluffy and light. The specific type of oil used depends on the type of waffle that is being made.

There are a number of alternatives to using vegetable oil when making waffles, and a few of them are probably already in your cupboard or fridge.

Lard is a solid white fat available at most grocery stores or butcher shops. It is a great substitute for vegetable oil when making waffles as it contributes to a higher rise and crunchier exterior than any other vegetable oil.

After the lard is melted in the batter, you can add some chopped walnuts or pecans to make it even tastier. You may also wish to add lemon zest or cinnamon for added flavor.

Unlike lard and other dietary oils, butter is a dairy product that adds a sweet flavor and makes the waffles taste more savory and delicious.

Butter can make your waffles heavy but if you use it with a little moderation, it’s a great substitute for vegetable oil.

Coconut oil is a great substitute for vegetable oil as it adds a nice flavor and scent to whatever you are making. It also gives the waffles a nice crunch and makes them more palatable.

Try adding chopped nuts to your batter while cooking to increase their taste experience while you slowly melt the coconut oil before adding to your batter.

Mashed bananas are an excellent substitute for vegetable oil when making waffles as they are light, fluffy and have a nice, banana flavor that goes great with waffles.

Mashed bananas also add fiber to your breakfast, which is a great added benefit. You may want to add cinnamon or nutmeg to your batter when using this kitchen staple as it will compliment the waffle wonderfully. Try adding a few chopped walnuts for a nice crunchy texture as well.

Applesauce is a great substitute for vegetable oil when making waffles as it has a higher moisture content than other vegetable oils. This makes it a good choice if you are trying to make light and fluffy waffles.

It provides texture to the waffle as well by adding some oomph to the batter and creating additional lift. Applesauce also adds some sweetness and natural flavor that will complement your waffle well.

Yogurt is another great vegetable oil substitute when making waffles because it adds a lighter texture to the waffles and provides a nice tangy flavor as well.

You may want to add some lemon juice to your batter with this addition, as it will flavor the waffle well and it’s also fantastic if you don’t like the taste of yogurt.

It is a nice choice because it’s readily available and adds a wonderful taste to your waffle. You may want to add some chopped garlic or fresh rosemary to your batter with this addition, as they will blend nicely with the taste of the olive oil.

While vegetable oil is a great choice for making waffles, there are many other kitchen staples that can be used as substitutes to add some variety and an additional texture and flavor to your breakfast.

You may also want to experiment with different quantities of these items in your batter. Try using less of the banana or applesauce if you don’t like a lot of sweetness in your waffle, or go ahead and use the whole can if you want something sweet. 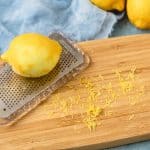 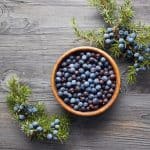