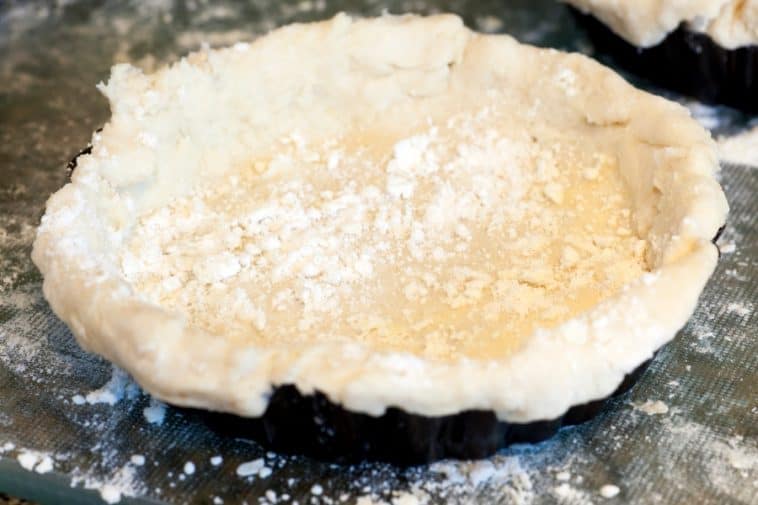 There are so many delicious treats you can make with leftover pie crusts, and we’re going to show you some of the best ones. From dunkers to tarts, here are some recipes that’ll make your next dessert even more delicious.

You can also use the leftover pie crust with any other ingredients you have on hand. It’s an easy way to make a biscuit or scone, especially if you don’t want to deal with the hassle of making dough from scratch! No matter how you cook it, leftover pie crust is giving new life and flavor to all sorts of dishes.

These delicious little treats are the perfect sweet way to greet the day. You can make all sorts of versions but my favorite is this cinnamon sugar pie crust dunker recipe. It’s super easy to make and they are the perfect on the go snack or fun treat to go with your morning coffee.

Pie crust doesn’t have to be used exclusively for your standard pies that you think of. Instead, it can be used for a variety of other meals that use a thin dough, although there may be some exceptions to this kind of experimentation. One option that you can consider is making savory hand pies. Working with the raw and uncooked pie crust may not be as easy, but you can create little turnover-like snacks with all of your favorite ingredients in them. The flavors you choose to go for depend entirely on what you are in the mood for, though meats and pizza-like toppings tend to be the most popular.
Fruit fillings can be considered, but most pie crusts aren’t going to be strong enough to withstand a lot of filling without breaking down. Keep in mind that this only works with pie crusts that are mostly raw, as pre-baked pie crust won’t be flexible enough for you to turn into miniature hand pies.

As mentioned above, there is no rule that requires you to use pie crusts exclusively for your standard fruit pies. Instead, you could consider making what some people refer to as a savory pie: a quiche. Quiches make use of eggs, potatoes, meat, and other vegetables to create a hearty dish that millions of people around the world enjoy, and the process of making a quiche is quite similar to that of making a pie. There are countless recipes that you can consider for your next quiche, so it will be easy for you to find one that meshes with your taste and interests in terms of cooking. There aren’t a lot of adjustments that need to be made as many quiche recipes already call for a pie crust as a base.

Following in the vein of using pie crusts for more savory-focused recipes, you can consider using this same mindset when approaching tarts. While you won’t be using any tart fruit, so the name doesn’t hold as much meaning, you can consider making a tomato and cheese “tart” with a pie crust. In essence, you are using the same materials that you would use for a standard tart, including the pie crust, but you are using pizza-type ingredients for the flavoring and the bulk of the meal, turning it into an interesting variation on pizza that your whole family can enjoy. Getting the timing and the recipe right on this may take a few attempts, but this can be a take on pizza that you can add to your list of foods that are easy to make.

If you are in the mood for a lighter breakfast-style dessert, you may want to consider the idea of using the pie crust for strudels. Strudels may not always use pie crust in their recipes, but those recipes can easily be adjusted to use pie crusts. Again, you cannot always use pre-baked pie crusts for these, as you will need the pie crust to be flexible enough to cover whatever toppings you have chosen to put inside the strudel. Most strudels make use of toppings similar to that of pie filling, so you can think of it as making smaller alternative pies. Getting the exact combinations of ingredients and cooking times can be difficult, so it is best to follow a recipe for strudels if you aren’t used to making them. However, if you can manage to get them right, they can be a wonderful addition to your recipe book.

This is another recipe where pre-baked pie crust won’t work out quite as well as pie crust that you can shape and cut into smaller pieces before cooking, as you will want to work with it in order to get the exact shape of the cookies right. These cookies can be made with minimal ingredients and can be thought of as a more simplistic version of cinnamon rolls, making for a delicious dessert that makes use of any pie crust that you have lying around the kitchen. All you need to do is cut the pie crust into strips, whip some cinnamon, butter, and sugar into a spread-like mix, put it onto the pie crust strips, and roll them all up into little spiral shapes before putting them in the oven to bake. You don’t always have to use cinnamon for these, either, as some people prefer to use jam or cream cheese for a slightly healthier variation on these cookies.

Another consideration that you can make is turning the leftover pie crust into simple sugar cookies. This is a fairly straightforward recipe, simply cutting or tearing the pie crust apart, rolling them into dough balls, brushing them with some egg wash, and then sprinkling them with cinnamon and sugar. After all, the pie crust is already a fully made dough, meaning that there is very little work that you need to do in terms of baking. After the dough balls have been baked, they can be delicious sugar cookies that took no effort on your part to make, making use of just about any and all pie crust that you may have had left over.

So there you have it, seven leftover pie crust ideas for you to try out and use if you are already making pie crusts regularly. It is important to note that, while some of these recipes may be somewhat simple compared to others, there are still many steps involved in many of them in order to make the pie crust. You can use this for inspiration when creating your own ideas on different ways to reuse leftover pie crusts in your cooking, as those leftovers can be handy items for you when planning dishes like these. 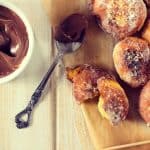 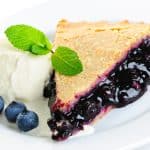