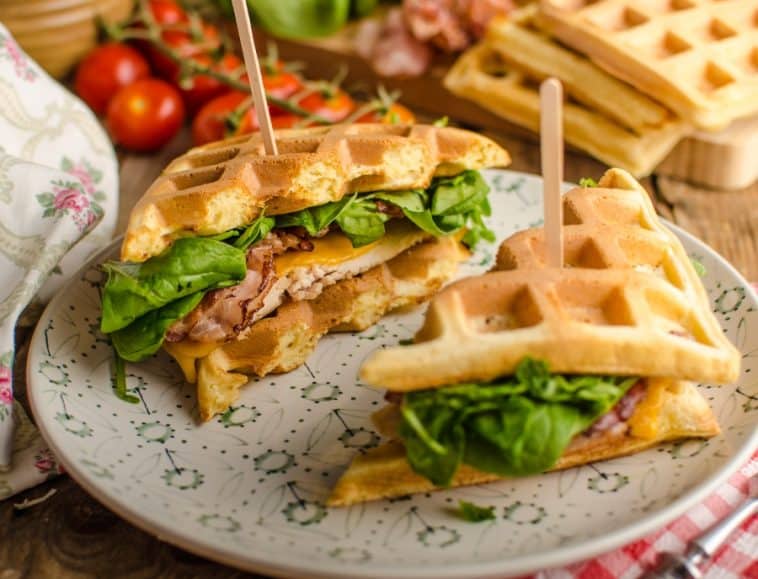 Don’t throw away those waffles! There are so many great dishes you can make with leftover waffles.

My husband makes a lot of waffles for me and the kids. And sometimes he goes a little overboard and makes more than we can finish.

So that got me working on things to make with those waffles instead of just pitching them. If you have some leftovers and want to make a delicious treat with them, read on for some inspiration!

What To Do With Leftover Waffles

These ideas work best for homemade waffles but you can also use frozen waffles for many of these ideas. I am sure I’m only scratching the surface here, as waffles are truly a versatile food.

Now let’s get to the things you can make with your leftover waffles.

Using Them as a Replacement for Breadcrumbs

When you look at things from an extremely basic and fundamental level, waffles and breadcrumbs aren’t too different from each other.

Both are made from similar ingredients and both come from dough that has been baked.

Both become hardened when they are stale and can be used as a way to enhance the texture and overall taste of many foods.

The biggest difference is that waffles can be thought of as sweetened bread crumbs. If you have leftover waffles and you don’t mind letting them become slightly stale, you can then crumble them up and grind them down into breadcrumb-sized pieces and use them in the same way you would use standard breadcrumbs, such as a topping for ice cream, parfaits, yogurt, and so on.

They will be noticeably sweeter, so you should avoid trying to use them to bread meats, but aside from this, waffle crumbs are pretty versatile.

Use Them as a Palette for Other Foods

Waffles can be considered a blank canvas for other foods to go on.

In a sense, waffles are an edible plate for various other ingredients, such as ice cream and fruits.

If you are in the mood for making your own ice cream sundae, you could consider using a waffle as a base for that sundae to add some more flavor and texture to this dessert.

Depending on the waffle and how old it is, you may have to microwave it a bit to get the texture right, but by doing so, you can create the perfect platform for a mix of ice cream, fruits, chocolate, and syrup.

One thing that most people don’t think about much is that waffles and cornbread have fairly similar traits.

Of course, cornbread has a different flavor profile, but they both have a distinct texture that may go well with chili.

This only works for waffles that are plain and haven’t had any adjustments made to the flavor (such as having sprinkles, syrup, sugar, or other flavorings added in addition to the base dough).

Waffles and chili is a unique take on a traditionally southern meal that many people have come to appreciate as the slight sweetness of a basic, unflavored waffle can complement the chili well, especially in the eyes of people who enjoy combinations of sweet and savory.

Use Your Waffles as Sandwich Bread

This can be used with peanut butter and jelly, ham and cheese sandwiches, peanut butter and bananas, and even basic grilled cheese. In many ways, waffles are simply another kind of bread that you can make use out of and using it for a sandwich is no exception.

If you have a panini press, you could even turn the waffle sandwich into a waffle panini, complete with apples and brie for a full breakfast meal.

Use Your Waffle in Bread Pudding

Last, but most certainly not least, you can consider replacing the traditional stale bread that people use in bread pudding to make a waffle-based bread pudding.

The taste and texture of the waffles can add a variation on the standard bread pudding that you may not be used to at first, but it can be a welcome change, especially when the foundation for the bread pudding is a solid one.

If you want to surprise friends and family with a unique spin on a traditional dish, the waffles that you need to make use of can be a wonderful solution.

How to Store Leftover Waffles

While it may be tempting to eat every last piece of waffle that you have left right when you make it, sometimes you just can’t finish them off. Waffles, like most baked goods, are best when they are served fresh. However, there may be times where you want to extend the life of

You can store your waffles in the refrigerator for up to three days. However, this can make them stale.. If you want to extend the shelf life of your waffle, keep it in the freezer with either a standard Ziploc bag or a freezer bag.

How Long Do Waffles Stay Good?

In the freezer they can last up to thirty days but in the refrigerator they keep for only up to three days. That is why it’s best to use your leftover waffles the next day whenever possible.

The thing that sets waffles apart from other treats is the combination of a few basic ingredients that somehow create something much more interesting than just pancakes, but less intricate than something like a croissant.

This makes them great as a base for many tasty treats. If you have any great leftover waffle ideas please share them in the comments! 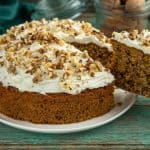