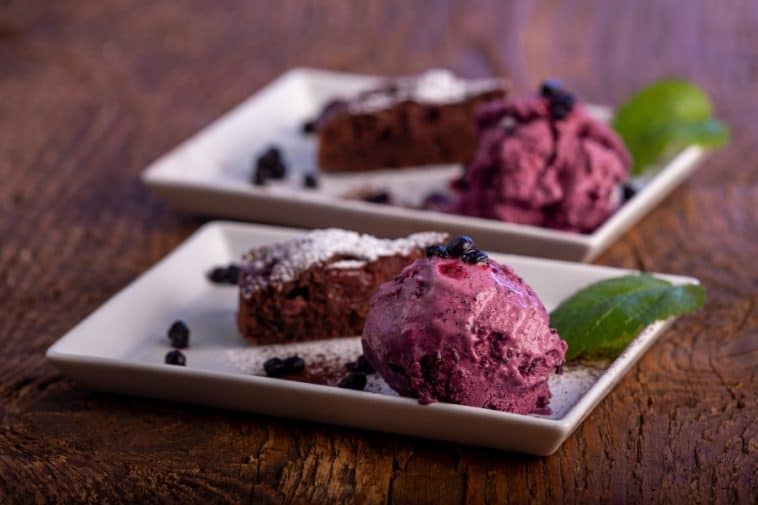 If there’s one thing that most people can agree on, it’s that ice cream is delicious. Those who are vegan can also enjoy the deliciousness that is ice cream because nowadays, many ice cream brands are starting to put out vegan versions of their original ice cream.

There’s a common misconception that vegan food is healthier than non-vegan food. This may be true in some cases, but not always. Vegan ice cream for example, isn’t as healthy as you might think. It is after all, still ice cream.

This is primarily because of the fact that vegan ice cream is typically made with coconut milk, and coconut milk has more saturated fat in it than most other frozen desserts. Unfortunately, this causes people’s LDL cholesterol levels to rise to a harmful level. This doesn’t even include the amount of sugar that is in coconut milk, which is also dangerously high.

Ice cream brands typically use coconut milk because it makes for a much creamier ice cream. Other milk alternatives don’t make good ice cream because they are too watery.

Despite many ice cream manufacturer’s best efforts to make vegan ice cream as close to regular ice cream as possible, the difference in taste and texture is noticeable. Granted, coconut milk-based vegan ice cream is creamy and smooth, but you can’t escape the coconut flavor.

If you choose to use a different type of milk alternative, chances are your ice cream won’t be as creamy. Tofu is another common ingredient used in vegan ice cream, which helps to thicken it. If you decide to use tofu in your homemade ice cream mixture, be sure to use silken tofu.

Regular ice cream also has more options when it comes to flavors because of the fact that there aren’t any restrictions regarding ingredients. If you want a flavorful vegan ice cream, your best option is to use fruit.

In terms of making ice cream yourself, you can easily make both at home. In fact, the process for making both types of ice cream is incredibly similar. The only difference is the ingredients used.

The base for this particular type of ice cream is cashews as well as coconut milk. Although the coconut milk gives you enough fat to make your ice cream smooth and creamy, the cashews help make it thicker. All you need to do is make sure you soak them overnight.

You also don’t need to use vanilla bean paste for this recipe, and you can substitute it out for vanilla extract if that’s easier.

Blend your soaked cashews, coconut milk, vanilla bean paste or extract, sugar, and sea salt together. Be sure that your cashews are completely blended otherwise your ice cream will have a crunchy texture.

Place your mixture into the fridge and let it sit overnight. The next day, it should be ready to put into your ice cream maker. If you don’t have an ice cream maker, the best way to make your ice cream is to whisk it every 30 minutes to get air in it. Be sure to leave it in the freezer in between whisks.

The first thing you will want to do is pour your heavy cream into a sauce pan and add in the sugar and a pinch of salt. Add in your vanilla and make sure you are stirring long enough for the sugar to dissolve completely.

Put your mixture into the fridge overnight until it is ready to put into the ice cream maker.

If you want to save your vegan ice cream for later, simply place it in an airtight container where it’ll stay fresh for up to two months.

Storing homemade ice cream can also be stored in the same way. You can also use an old ice cream container or even a loaf pan lined with parchment paper. Be sure to preserve your ice cream by wrapping it in cling wrap so that you can prevent freezer burn from affecting your ice cream. You can even use a gallon bag if needed. 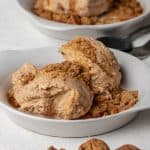