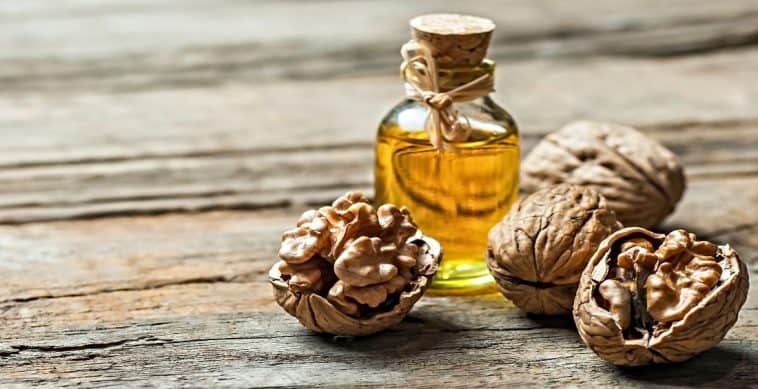 If you’re all out of walnut oil or can’t find it at the grocery store but need it for a recipe don’t scrap your culinary plans just yet!

Walnut oil is not the easiest thing to find in many areas but is an important ingredient in all types of recipes. Well there are some substitutes you can use in place of walnut oil and we will go over all of them and how to use them in this article.

So what are the best substitutes for walnut oil?

What to use largely depends on what you have available and what you are making. Read on for everything you need to know about walnut oil alternatives and how to use them.

Walnut oil is produce by cold pressing dried walnuts. It offers a nutty flavor that is rich and aromatic. It is most commonly used to make sauces and dressings. It is not typically used in heated dishes as walnut oil can become bitter when exposed to high temperatures.

For this reason it is important to select a replacement that offers a similar level of flavor that is complementary to the other ingredients in your recipe.

Sesame oil is much easier to find and is available at most grocery stores. It offers a nutty flavor that is similar to walnut oil. Sesame oil is a great substitute for walnut oil as it is quite versatile in addition to providing an appropriate flavor.

With a higher smoke point, sesame oil can be used in recipes that require heat, something that walnut oil is not suited for.

Sesame oil is an excellent thing to keep stocked in your pantry, and it will work in any recipe that calls for walnut oil.

Also referred to as hazelnut seed oil, this nutty flavored oil is produced by cold pressing the kernels of the hazelnut.

While used in all types of applications, including skin care, this nutrient dense oil makes a great replacement for walnut oil in dressings and sauces.

While not as easy to find as sesame oil, it tends to be more frequently stocked than walnut oil.

Unrefined peanut oil offers a rich nutty flavor that can work in place of walnut oil in dressing and sauces.

But it is most commonly used as a frying oil, so that means like sesame oil it is quite versatile and worth keeping stocked in your kitchen.

Almond oil is a great option for making dressing or sauce. It offers a pronounced nutty flavor that makes it a solid walnut oil alternative.

Almond oil also has a high smoke point allowing you to fry and sauté with it. Almond oil has gained in popularity due to it’s kitchen versatility and nutrient profile.

It is also much easy to find in most areas making it a great alternative when you’re all out of walnut oil.

So what do you use when you don’t have any of the options above but don’t have time to make a run to the store? Olive oil to the rescue!

This ubiquitous kitchen oil is a perfectly adequate substitute in any recipe that calls for walnut oil. While it will not provide the nutty flavor of walnut, olive oil offers an exceptional base for dressings and sauces as well as being a good option for roasting veggies and more.

And one more walnut oil substitute just in case none of the others are on hand. Sesame oil comes in two varieties, toasted and untoasted.

Both are made by cold pressing sesame seeds where toasting the seeds first produces toasted sesame seed oil.

Can I use peanut oil instead of walnut oil?

Yes, peanut oil can be used instead of walnut oil. Use a 1:1 ratio when replacing walnut oil with peanut oil.

There are two types of peanut oil. The most common, refined peanut oil is a neutral oil and has very little flavor making it better suited for frying.

Unrefined peanut oil is a good substitute for walnut oil in dressing and sauces as it has a pleasant nutty flavor.

Can you substitute vegetable oil for walnut oil?

Yes. Vegetable oil is a great base for making dressings and sauces. It is also commonly used for making mayonnaise and in baked recipes. It’s versatility makes it a good substitute for walnut oil in all types of recipes.