One of the first rules of the keto diet is no sugar. This means no cakes, candy, sugary cereal, or even condiments and other food items with sugar in them. For people who have a sweet tooth, this can be the most difficult part of the diet, but there is good news. Any book you pick up that describes the keto diet is going to include recipes for various dishes, including both entrees and desserts and even ice cream. If you’re wondering how that is possible, it boils down to this: sugar substitutes, carob instead of chocolate, and different types of flour in place of regular wheat flour, such as flours made from certain kinds of nuts.

While eating “no sugar” may sound impossible, keto dieters are often surprised that they can in fact have foods that satisfy their craving for sweets. The main reason you can do this is because of the many substitutes for sugar that are out there. Wheat flour is also a no-no, which is why you can’t have most breads and cakes. But if you look for keto recipes, you’ll find breads, cakes, and most of the other foods you’re craving made with almond flour or flour from some other nuts. Stevia is usually the sweetener recommended for those on the keto diet, simply because it is made from real sugar.

If you look at the list of ingredients for any keto recipe, you’ll notice that they contain “real” foods and not the low-fat types of foods that everyone is used to eating by now. In fact, the keto diet expects you to eat real butter instead of margarine, regular sour cream instead of low-fat sour cream, and real cream cheese and some other dairy products. Not all dairy products are allowed, of course, but the ones that are allowed are supposed to be in their original form, with nothing taken out of them or added to them.

Once you get used to what you can and cannot eat while on the keto diet, it is easy to know how to look for the right foods when you’re eating out. Most people on the keto diet make their own desserts, since most store-bought desserts are loaded with sugar, and most of these recipes are easy to follow and allow you to be eating your dessert before you know it. Following are a few of the ways that these “allowable” desserts can be made.

Keto orange cake is made with almond butter, coconut flour, stevia, vanilla, and a small amount of orange juice, as well as a few other ingredients. While orange juice can be high in natural sugar and therefore isn’t usually recommended on the keto diet, the recipes usually call for such small amounts that the final product is still suitable for those on the keto diet.

Pound cake is a favorite for millions of people, and what the keto recipes have done is replace some of the sugary ingredients with ingredients that are much healthier for you. Typical ingredients include sour cream, cream cheese, eggs, almond flour, and butter. Pound cake, in fact, is an easy dessert to choose while on the keto diet because so few of the ingredients in most of these recipes need to be replaced with alternatives.

If you’re looking for a veggie-based keto-approved dessert, carrot cake is one of the easiest recipes to find. Most keto-style carrot cakes have ingredients that include almond flour, butter, psyllium husks, grated carrots, eggs, and some type of keto-approved sweetener. They also tend to have spices and sweeteners that include vanilla and cinnamon, both of which are acceptable to eat when you’re on the keto diet. 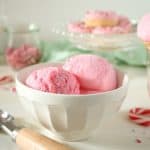 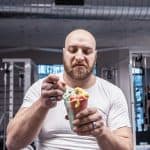