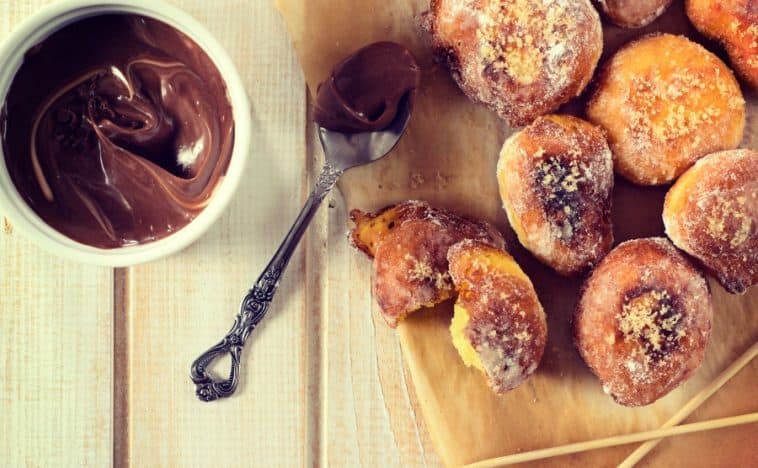 I love donuts! But stale donuts? Not so much.

But never fear, there are plenty of ways to use up those old donut that have gone stale. Some ideas will be better than others, and some ideas are kid-friendly while others might not be for kids at all. The following list is in no particular order but they’re all great and resourceful ways to get those donuts back into your life again….

Eating the Donut with Some Adjustments

Assuming that there is no visible mold growth and the donut doesn’t look or smell any different than it otherwise would, a stale donut is completely safe to eat even if it won’t be quite as delicious as it would be if it were fresh. This means that with some adjustments to cover up the dryness of the donut, it can still be an enjoyable dessert. Adjustments can include adding fruits, frostings, toppings, and other ingredients that will affect the texture of the donut. More specifically, you will want to look at ingredients that will add more moisture to the donut, as this tends to be more of an unpleasant change than faded flavor. If you don’t have ingredients to add to them, you can also consider simply microwaving them for no more than 15 seconds to physically soften the donut to disguise the texture changes that staleness brings.

Turning it Into a Pudding

Not everyone is used to the idea of bread pudding, but if you know of it, then you know that it mainly relies on using bread that has gone a little bit stale. There’s no reason why this stale bread can’t be in the form of a donut that has passed its optimal freshness by a few days. You can make a variation of bread pudding with stale donuts without many differences aside from cutting up the donuts a little bit differently than you otherwise would. Bread pudding usually makes use of eggs, milk, spices, sugar, and fruit alongside the stale bread to add more flavor to it and to turn it into a completely different dish.
More often than not, you can simply use a bread pudding recipe and just use the stale donuts in place of the stale bread that the recipe calls for and reduce the sugar, although there are some recipes that are specifically designed around stale donuts rather than stale loaves of bread.

Another common use for stale bread is French toast. The staleness of the bread often means that it won’t become soggy when you place it in the eggs, ensuring that the texture of your French toast remains tasty and comfortable in the mouth. Again, there’s no reason why the stale bread that most recipes call for can’t be in the form of donuts. Not much will be changed aside from the shape of the bread.
Do keep in mind that because most donuts are glazed, you may have to make more adjustments to the recipe to accommodate this added sweetness, and it may also affect how the donut absorbs the eggs. This can breathe new life into otherwise stale donuts while also making quick use of them. This may not be applicable to donuts with a lot of frosting or icing on them, though, so keep this in mind or prepare to scrape the icing off when planning your recipe out.

Most ice cream sandwiches make use of cookies or another similar ingredient as they are often solid enough to hold the ice cream without getting too soggy and absorbing all of the melted ice cream. Normal, fresh donuts aren’t always good for ice cream sandwiches for this reason, as this means that they will become soggy from the melting ice cream soaking it. However, when the donuts have a degree of staleness to them that prevents them from getting quite as soggy, they can become the perfect components for a variation on ice cream sandwiches. The added glaze or frosting that donuts may have only adds to the flair that these new and improved ice cream sandwiches will have, giving you all the more reason to try it out.

If you are worried about the staleness of the donuts affecting how they will taste and feel when you are bringing them into a new recipe, one option you can consider is eliminating that risk entirely by completely changing the texture of the donut. For instance, a trend that has been passing the world in the past few years is experimenting with what you can put into waffle makers and turn into new desserts, and one food that people have been experimenting with is donuts. By putting the donuts into a waffle press and flattening them, you can turn them into a completely different dessert. This new dessert will be a lot more similar to chips that have a sweet kick to them, and this new flattened texture eliminates some of the worry about the dryness of the donut. You can decorate your new “chips” with sprinkles and frosting, or you can use chocolate sauce as a dip for the newly flattened donuts.

There are tons of other ideas for using stale donuts, but these five ideas are great places to start. Be sure to experiment and see what new recipes you can come up with by putting stale donuts into things that may not normally be called for in a recipe. This will help you avoid wasting stale donuts and give you a chance to get more use out of them before your craving disappears completely. 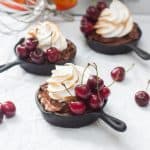 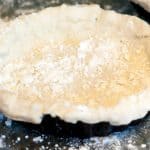